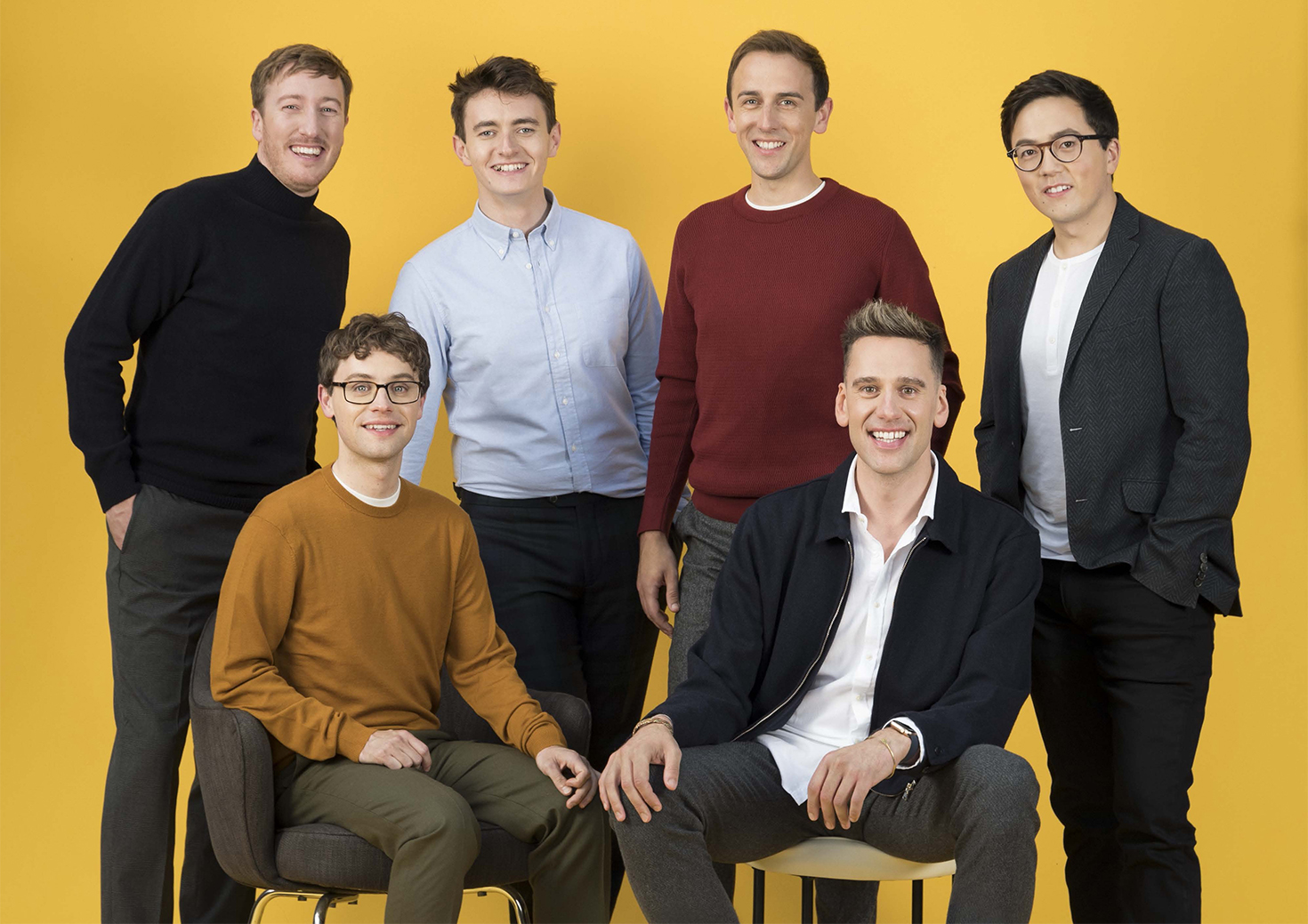 The King’s Singers are an entertaining six-man vocal ensemble that tours the world singing a variety of repertory to appreciative listeners. The group was formed in 1965 by a few of the choral scholars of the Choir of King’s College, Cambridge. They had decided to make a private recording of some of the secular music they had been working on, calling themselves “Schola Cantorum Pro Musica Profana in Cantabridgiense.” They commissioned 100 pressings to keep and give to friends and families. From this start, the six (Martin Lane, Alastair Hume, Neil Jenkins, Richard Salter, Simon Carrington, and Brian Kay) decided to undertake a tour, and booked themselves as “Six Choral Scholars from King’s College.”

All at Once Well Met: English Madrigals
The tour was a success, and a new name — the King’s Singers, suggested by an Argo Records executive — was chosen. Their first concert officially took place on May 1, 1968. By 1971, the King’s Singers had drawn considerable attention in England and began making their first recordings. By Appointment and The King’s Music appeared in 1971 and 1972, respectively. In the 1980s, the King’s Singers experienced their first personnel changes, but the group’s popularity remained high, bolstered by a heavy touring schedule that even included an appearance on Johnny Carson’s Tonight Show. Then-recent recordings, like their All at Once Well Met: English Madrigals (1985) and Beatles Connection (1986), achieved impressive sales.

The King’s Singers continue to entertain audiences with their music, maintaining their meticulous style through numerous changes in their lineup. The longest-serving member of the group was Alastair Hume, who remained with the King’s Singers until the end of their 1992 season. Several former members, such as Nigel Short and Gabriel Crouch, have established successful solo careers. Members of the 2016-2017 season included Patrick Dunachie and Timothy Wayne-Wright, countertenors; Julian Gregory, tenor; Christopher Bruerton and Christopher Gabbitas, baritones; and Jonathan Howard, bass.

Simple Gifts
The King’s Singers have made several dozen recordings of a wide variety of music for several labels, everything from madrigals and motets to Japanese folk songs to a cappella arrangements of pop songs. They have also commissioned a large number of new compositions from composers such as Luciano Berio, György Ligeti, Toru Takemitsu, James MacMillan, and Gabriela Lena Frank. They also teach masterclasses and summer programs for young musicians. In 2009, the King’s Singers won a Grammy Award for their recording Simple Gifts, on the Signum label. They were also part of Eric Whitacre’s 2012 Grammy-winning recording Light & Gold. The King’s Singers continue to perform, frequently to sold-out audiences, and make recordings that are not only critically admired but also much loved by fans